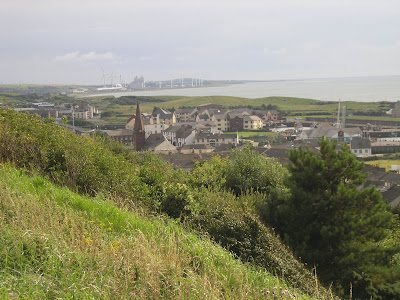 Maryport (known to the Romans as Alauna), a pretty interesting place. I'd been meaning to visit it for a long while. It seems lost in time but also has a spanking new marina. It is home to a very interesting aquarium and lots of Roman history. It is not actually on "the Wall" but the fort at Maryport was one of the largest on the frontier at 2.3 hectares. It was probably built in Hadrian's rule for the First Cohort of Spaniards. The Senhouse Museum at Maryport contains one of the oldest private collections in Britain which was started in 1599. It is has the largest number of Roman military altar stones and inscriptions in one place. 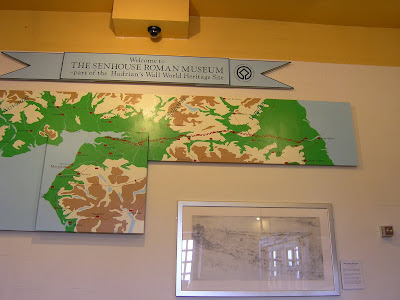 Map showing the extent of Hadrian's Wall at Senhouse Museum. 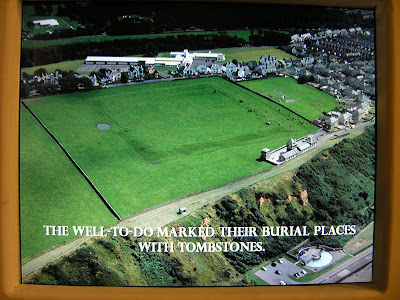 The view of the Museum from the air and you can clearly see the outlines of the fort beside it. 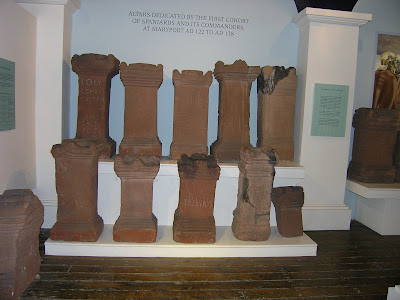 Altars dedicated to the First Cohort of Spaniards. 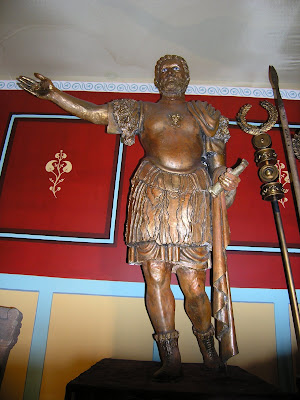 Statue of Hadrian.
Scribbled by Hadriana's Treasures at 20:40