Sumus mortales, immortales non sumus...we are mere mortals, we are not Gods... 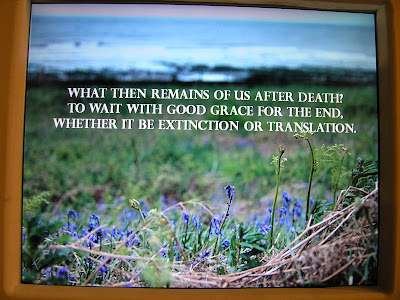 An inscription from Senhouse Museum, Maryport, (please see the posts below). What we saw there (these slide screens pictured) seems to tie in with what they are saying about the finds at Forth Street, Newcastle, down beside the river Tyne. They have found two Roman sarcophagi (stone coffins) there, alongside many other things...including what they think was Deere Street the old Roman road "A1" running to the South.

"Describing how the burials would have originally been situated, Richard Annis, said: “These sarcophagi would have been a prominent feature of the landscape as they were carefully placed to be viewed, being close to the road and, at the time, raised above ground."
In terms of status, the people buried in the stone coffins would have belonged to a wealthy family, probably having connections with the walled fort of Pons Aelius, part of Hadrian’s Wall. They were buried, and now unburied, a few metres from the site of the fort’s western gate." 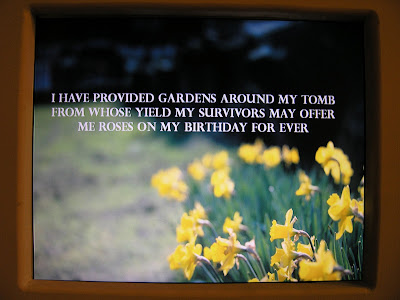 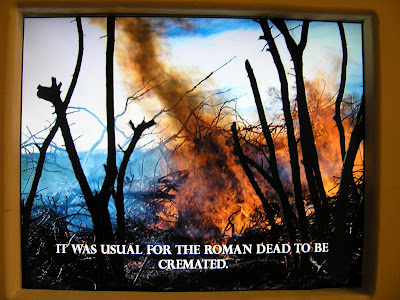 "Other burials discovered nearby are of a distinctly military nature: “We found a cremation in a pot on one side and two complete vessels very close together, within a short radius. They have all the hallmarks of Roman military burial. Cremation was a popular rite in military circles.” " 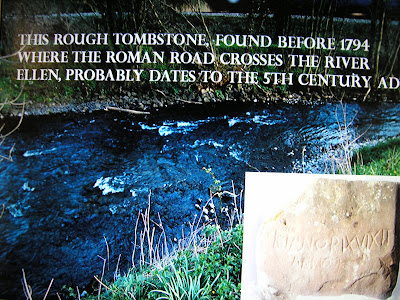 Scribbled by Hadriana's Treasures at 08:30