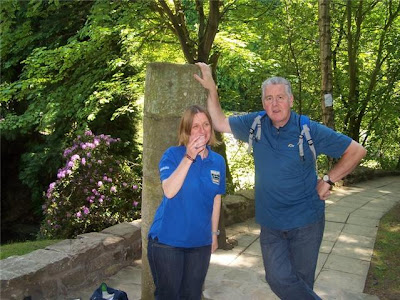 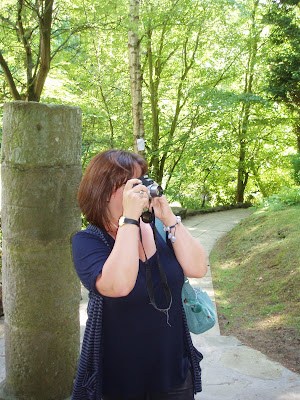 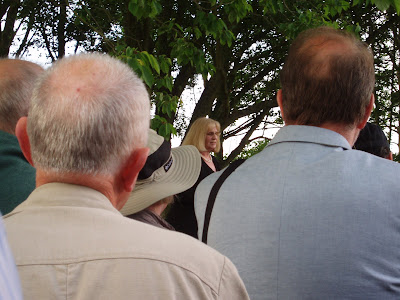 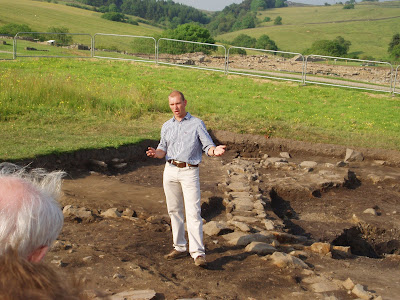 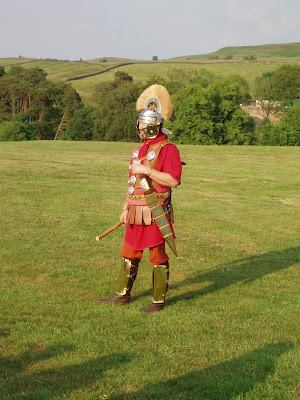 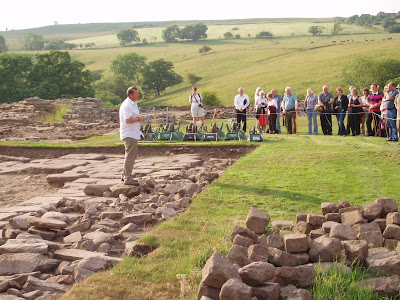 A lot of things have been happening lately and I've realised that if I don't write them down now then I'll forget what's going on...

At a recent meeting it was decided that the volunteers would start their tours around Vindolanda at 12.30pm until 1.30pm. We then zoom over to The Roman Army Museum to do our stint at 2pm until 3pm. The archaeologists also do a 2pm talk most days at Vindolanda as well...best to check the website and reception for further details. We may do extra tours as and when we can during mid/late September. (Our tours start around 16th/17th July and finish at the end of September. We do a further week - in the October half term week.)

The second annual Hadrian's Wall Archaeological Forum took place a week yesterday at Hexham's Queen's Hall and was well attended. All the speakers had us spellbound but the ones whose talks stood out (at least for me anyway) were: Justin Blake on his update of finds at(yes that place again) Vindolanda during 2009, Tony Wilmott, English Heritage, who talked about his discoveries at the Roman Cemetery at Birdoswald Fort and Richard Annis, Durham University, who talked about a bit of Hadrian's Wall which his team had unearthed in Melbourne St. Newcastle (now underneath a hotel but well preserved) and the BEMCO site in Newcastle where stone sarcophagi had been found (again by his team). Richard's memorable term was that of "body sludge" and which Latin term I discovered (by complete accident) is: adipocere. "When a body decomposes, it gradually turns into a waxy substance called adipocere." (From a recent quote/article in The Sunday Times featuring Alistair Pike, Head of Archaeology and Anthropology at Bristol University about the granddaughter of Alfred the Great.)[adipo = fat cera = wax]

We also had a returning guest stay with us especially for the Hexham Forum shindig and it was very nice to see him again.

This last extremely sunny week we've also had two Vindolanda diggers (plus another returning digger and his wife) staying with us. They had a whale of a time and really enjoyed themselves. They were working on Justin's section so we got a tiny update of what was taking place there prior to last night's annual Friends of Vindolanda Open Evening where the two archaeologists: Andrew Birley and Justin Blake explained (as they do each year) what they had uncovered in the year to date. Patricia Birley started the proceedings with an update on the exciting plans for Vindolanda and The Roman Army Museum. She announced that both sites will be closing on 1st November 2010 and would then be reopening in Spring/Easter 2011 in their new incarnations. A brand new 3D film of the Eagle's Eye is to be shown in The Roman Army Museum. Many attractions are planned for both sites including the coming home of some of the Writing Tablets from The British Museum to Vindolanda.

Very many of the Friends turned out for the talks. The weather stayed incredibly bonny and we all meandered down to the Museum at the end for wine and Roman culinary delights.

Before I forget this last thing...I'll mention it now...Channel Four are showing a documentary about the African Roman Emperor Septimius Severus entitled "The Untold Invasion of Britain" at 9pm this Thursday July 1st. In AD207 Severus decided to sort out the tribes and lands beyond Hadrian's Wall with disastrous consequences...

I'm also off to the Arbeia fort in my hometown of South Shields to do some digging on Wednesday. All supervised and above board of course!!!!

In the first picture Michael has his armpit raised in your direction and you are starting to giggle girlishly. Was Michael wearing "Lynx" deodorant or was the aroma more like Roman body sludge?

I hadn't even thought about Septimus Severus for years...then two days ago he came up in something I was reading and now you produce him out of the hat!

You're having a great time, aren't you!

Geordie Michael has a great sense of humour and will enjoy your analogy, YP! Michael loves talking about the pub, thermopolium, just outside the West Gate of the fort.

Fly: Yes...the weather, the events, the guests...it really is fab being up here at the moment. The countryside is looking at its very best. Everyone is out enjoying it. What more can we ask for? I must admit I need to know more about Severus...so looking forward to the documentary on Thurs...

Loving it! I so wish I'd have been able to be over for Friends' night, but it's nice to see the pics and anecdotes. Word trickles through that Justin's trench is quite special. And I'm loving all the layers that Andy's folks are finding in the fort. Thx as always for windows into such a beautiful world.

Justin is very chuffed and so should they all be. This year with the dry weather the conditions are perfect.

I just wish I could write more Harry. Life is so busy. I try and write what I can. I'd love to blog every day...

I'm also trying to get back to my reminiscences soon too! :)

You are having a busy time Hadriana and obviously enjoying it all. Lovely to see you as well. A x

Thank you, SJA! The weather is so fab at the moment it puts all of us in a good mood! Be over to yours soon...