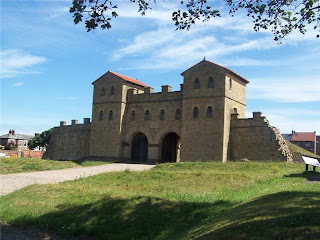 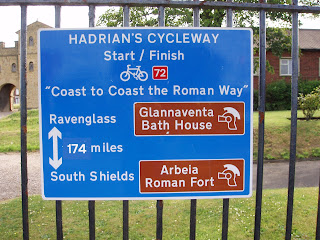 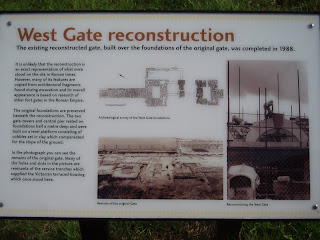 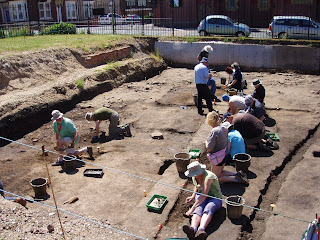 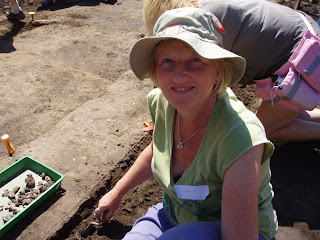 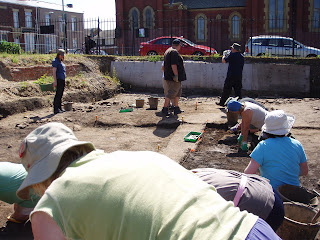 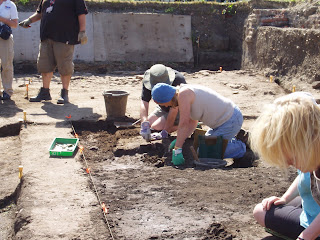 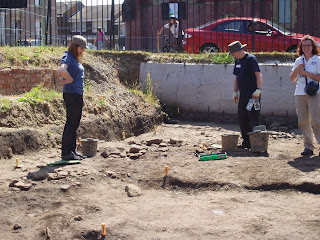 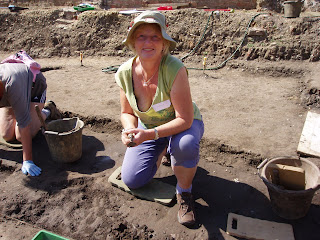 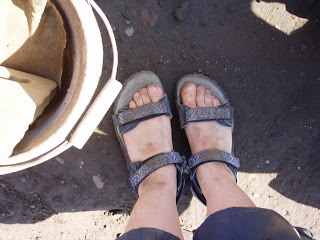 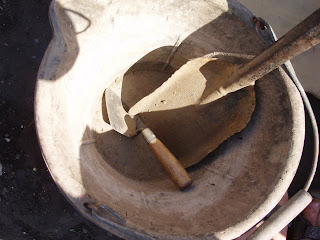 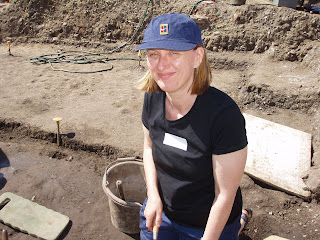 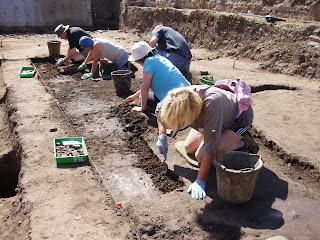 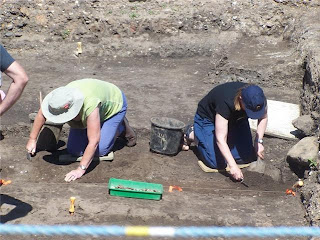 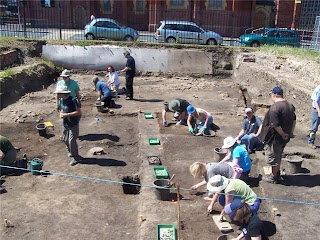 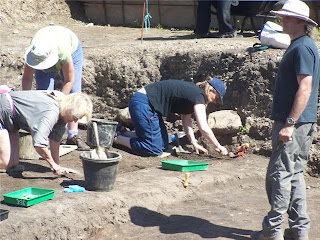 A mix of photos above....of us all hard at work under a very hot South Shields sun! Eddie is at the right hand side of the last photo (in his very fetching hat) - he and Graham Stobbs - were the archaeologists keeping an eye on us.

We were given a health and safety talk at the beginning. Graham talked us through the history of the site (as they know it to date). What was really interesting for me (because a lot of my family come from South Shields and I lived there until I was 16)......was that quite a big part of that area (beside the coast) is built on ships' ballast. Before water ballast systems were invented on ships...they used gravel and shingle ballast. The whole of North Marine Park is built on ballast. Huge mountains of the stuff used to build up as the ships took on the coals (coals from Newcastle this time) and dumped the southern shingle on us.

Graham and his team had also found evidence of a ropewalk. Exciting stuff! Apparently there were seven rope manufacturers based in South Shields from the 1800s onwards.

The original fort overlooked the sea (which would have made sense) again highlighting how many tonnes of ballast had built up around the whole area of the fort.

We heard about how they go about the digging: basic tools are: trowel, shovel, bucket, kneeler. Other more advanced techniques include: string lines, planning frames, drawing boards, engineer's level (transit) and staff. The "eye of faith" (where outlines and patterns which crop up in certain places lead the archaeologist to form as idea of what might be down there).
"Clean!" means carefully scrape the top layer away with your trowel.
"Dig!" means just that!
"Clean up your loose!" means get rid of the stones/mud/loose stuff you have created...as it might turn to a gungey mud if it rains while you are off on your tea break...

When the earth turns rock hard (as it did with us that hot, sunny, glorious day on 30th June) they spray it down with water so that it can be manipulated more easily.

Our trench was in the Roman village (vicus) outside the fort. Amazingly the vicus runs down the hill as far as the old ASDA....opposite James Mather St/Coston Drive.....A friend who lives around there said that Time Team had also found evidence, a few years ago, of a Roman cemetery down there as well. (Where else would you get Fort St., Vespasian Avenue, Trajan Street??  Rome perhaps? South Shields twinned with Rome. Now there's a thought......)

Graham showed us some artefacts including a belt buckle  = a "baldric"...hence the name of Baldrick (viz. Tony Robinson of Time Team) in the comedy series of Blackadder...never knew that!!! Other artefacts included a rusted up Roman mason trowel which could have been left in the building by accident or by design (as a good luck charm), a small piece of pottery with a graffito, a lead stamp with CVG on it (Cohort V Gallorum...5th Cohort of Gauls), items made of bone, glass, iron, coins, brooches, an inscription and a delightful little hairpin.

Laura found a Roman roof tile which was specially manufactured to create an interior roof space. They told us it was the first of its kind found in the North. Laura, a Blue Badge Guide, was over the moon about her find and so were we! (Photo link to come of this in due course.)

We also heard that archaeology in urban areas is much more hard going than that in rural areas as mankind has deposited more layers in towns. That definitely makes sense!

The team at Arbeia also work closely with Earthwatch...a team of volunteers who come over from the US and Europe...who come to dig here.

I didn't find anything myself but I had a super day finding out a little bit of what goes on in the digging world. So I'm sure I'll be trying it out again some time. There will be more chances for that in a project coming up organised by the North Pennines People called "Altogether Archaeology". Their launch date is on 27th July over in Weardale. We look forward to it!