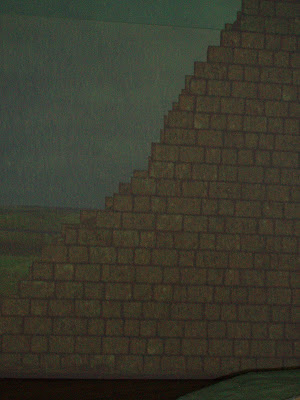 Yesterday I spent a very pleasant day at The Great North Museum in Newcastle with two fellow Hadrian's Wall volunteers. One of them will also be guiding at The Great North Museum soon so she gave us a mini guided tour. (By the way, the volunteer-led tours at Vindolanda and The Roman Army Museum were runners up in the Tynedale Awards 2009 Tourism category. Hurrah! You can find more details of that in the "Latest Roman News" on the sidebar.)


The Great North Museum (formerly The Hancock Museum) was opened this summer to massive crowds. The Roman artefacts used to be housed in The Museum of Antiquities. (I am quite sad that I never got to see that museum...much as the GNM is instructive..I have the impression that there were many more Roman artefacts on display at TMofA.)

Above is a section of Hadrian's Wall as it once would have been. The animated picture (there - not here!) shows the rain falling on it and the initials of the soldiers (legionaries and sailors) who built the Wall. 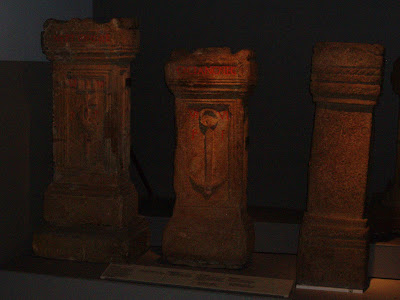 There are various altars there which were taken from sites along the Wall. (This all happened years and years ago when various antiquaries were exploring it. They either found or unearthed Roman objects (including altars). They were then collected and usually put into private collections - eventually they all found their way to museums such as this one.)

We found a piece of technology which listed all the different Roman inscriptions and gave the English translations. The Latin inscriptions are also read out by a speaker at the touch of a button. I gave an impromptu Latin lesson.

Each dedication on an altar ends with
(more often than not)

V.S.L.M. which is an abbreviation for:

votum solvit libens merito "Willingly and deservedly in fulfillment of a vow" (Another place to see some magnificent altars is over at The Senhouse Museum in Maryport.) 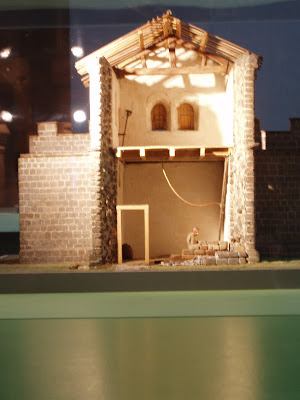 To the left is a cross section of a turret on the Wall. It reminds me of a nativity scene to some extent!

We were surprised to see the signs of the zodiac (as below) around Mithras (the Eastern God to whom all the soldiers prayed and worshipped) appearing out of a cosmic egg. This link here explains why these zodiac signs are linked to Mithras. 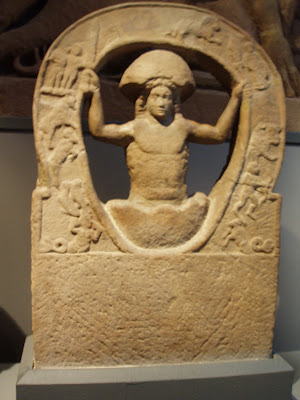 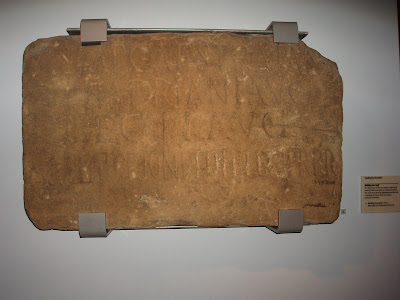 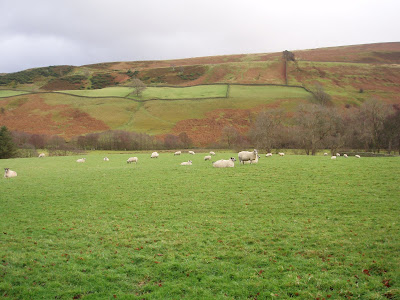 In my last post I talked about Knarsdale and St. Jude's Church.

Here are the photos of the surrounding countryside plus the cosy and welcoming Kirkstyle Inn. 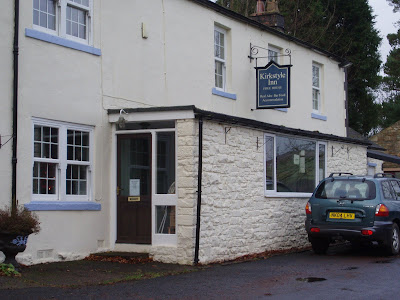 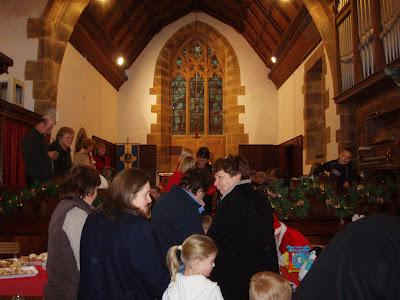 The end of the Christmas Fayre at St.Jude's Church. You can see Santa lurking. You can also just catch a glimpse of some very delicious sandwiches, cakes, mince pies and more besides! The Christingle Service followed... 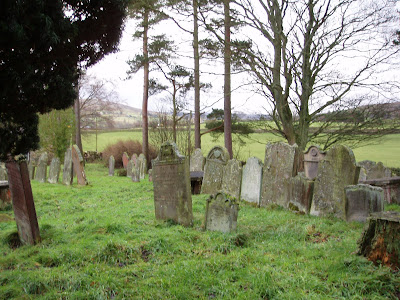 Graveyards (this one is at St.Jude's) and churchyards, such as these, always remind me of that gripping, grim, seminal scene between Pip and Magwitch in "Great Expectations".
"The man, after looking at me for a moment, turned me upside down, and emptied my pockets. There was nothing in them but a piece of bread. When the church came to itself - for he was so sudden and strong that he made it go head over heels before me, and I saw the steeple under my feet - when the church came to itself, I say, I was seated on a high tombstone, trembling, while he ate the bread ravenously."
I also remember that grisly encounter as being misty (probably from David Lean's 1946 film of the same book) and so there have been a great deal of chilly, foggy nights up here of late. Thus this Christmas has a potent Dickensian feel to it... 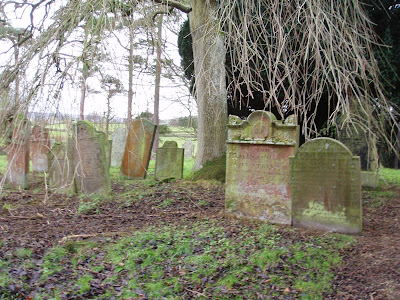 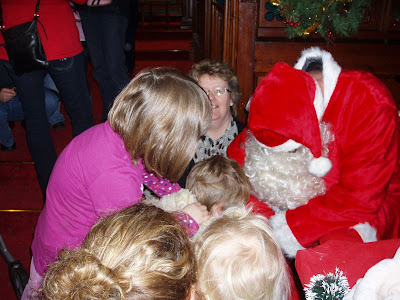 I would like to wish everyone an extremely festive Christmas and a peaceful New Year 2010! (You can see that Santa is already hard at work practising the handing out of all those pressies...) May 2010 bring you many joyful things .....!
"He spoke not a word, but went straight to his work, And filled all the stockings, then turned with a jerk. And laying his finger aside of his nose, And giving a nod, up the chimney he rose!"
"He sprang to his sleigh, to his team gave a whistle, And away they all flew like the down of a thistle. But I heard him exclaim, ‘ere he drove out of sight, "Happy Christmas to all, and to all a good-night!"

Scribbled by Hadriana's Treasures at 20:13

Wishing you a peaceful christmas and a happy new year xx

A very Happy Christmas to you and the family! Best wishes for 2010.

Oh C - what lovely atmospheric photos. You live in such an amazingly historic area.

Anyway, have a lovely Christmas and may 2010 see all your problems dissolve and good new bubbles of luck and laughter pop over your heads

All looking very festive Hadriana. I hope you and your family have a very happy and peaceful Christmas and best wishes for the coming year. A x

Happy Christmas everyone and all the very best for 2010! Best wishes, Hadriana xx