Birdoswald Burning Beacons with a Blip and a Blast 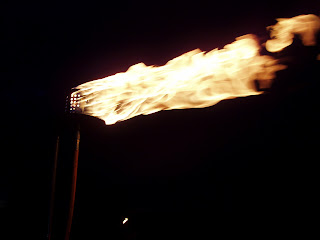 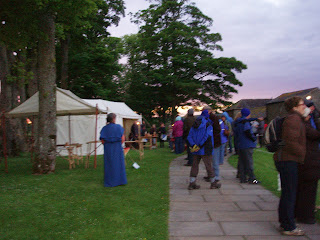 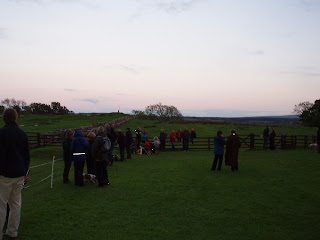 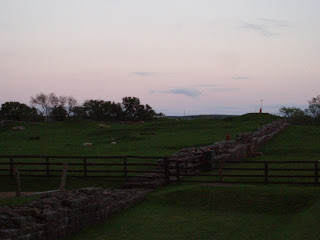 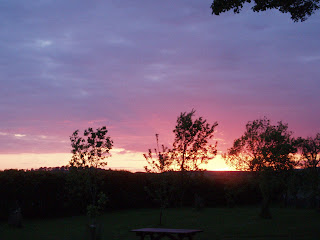 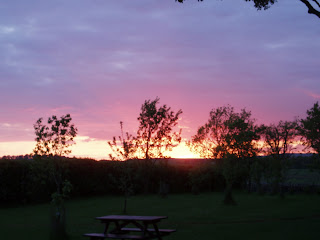 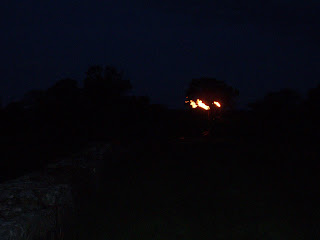 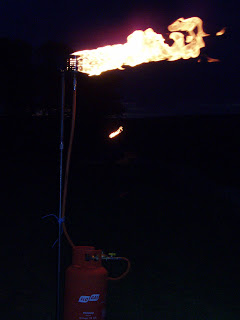 The night, itself, was absolutely fantastic. I wasn't sure what to expect when I'd be asked to volunteer at the Queen's Diamond Jubilee for lighting up the Beacons along several communities on Hadrian's Wall. I thought that I'd be at Housesteads Roman fort initially but got assigned to Birdsowald Roman Fort instead.

I was not disappointed! I got to light my own burner! Yeah! (At the Illumination of Hadrian's Wall March 2010 I got to light a flare which was exciting but this was even better...my own piece of kit!!)

At 7.30pm there were seven of us - "The Magnificent Seven of Hadrian's Wall Volunteers" were there at Birdoswald Roman Fort. Ann and David, David, Derek, Tom, Anita and myself. All artfully organised by Neil and Kerry of Hadrian's Wall Heritage Ltd.

Banna is Birdoswald's Roman name which means 'horn' or 'peak' which is a good name as it sits on a hill or promontory overlooking the river Irthing.

We all carefully assembled all the equipment in the designated areas within the fort...and we were careful not to damage any potential archaeological remains underfoot. If anything our main concerns were the midges, the sheep poo and would our beacons light up at the appointed time????

I nearly voted myself into pole position for lighting up at 10.12pm - our appointed time for lighting the beacons along Hadrian's Wall - at least at this fort...but given my propensity for self induced drama I thought not....maybe I couldn't get the blasted thing to work....?!?

So I opted for the number two slot...which would be nearer the viewing area where my husband, Nigel, and children would be. That was my thought process anyway.

Oh heck! Maybe my nightmares will come true after all..............? Will I be on camera nationwide, nay internationally, as the non-functioning beacon lighter?????????

We went to have a cup of coffee and a natter. I was asked by some members of the public....why wasn't there an annual lighting up of Hadrian's Wall? Yes...that would be nice...even if it was only every five years. It would be nice. We pondered.

I said hello to my nearest and dearest. At ten to ten we wandered back to our posts.

My kit very fortunately included two other lighters (they are the same kind as those ones you would use for lighting up your cooker/hob - that sort of thing). I found one which did work (or seemed to work). I thought about putting the other one on top of the gas cylinder and nearly did until the thought of self-immolation on camera in front of millions strangely began not to appeal...so I put my back up lighter/clicker on the wall behind me.

We then relaxed and started taking photos. We were entranced by a fabulous night sky in the distance. The Reiver midges stayed away (at least from me - euge! Hurrah!) and we witnessed the full white moon slowly rising above the trees near the river Irthing. And yes! there - miles and miles away lit up once again perched on the crags on Hadrian's Wall....another beacon.....

What a marvellous sight! mirabile visu!
mirabile dictu! How splendiferous to relate!

(And if you click HERE it should take you to an ITV clip of the beacon celebrations at Housesteads.)

Scribbled by Hadriana's Treasures at 12:53

Wasn't the whole D Jubilee weekend exciting?!
Didn't actually see any beacons in reality but followed all the events in London on TV and our local happenings too.
Maggie X

Watched it on the local news. Fabulous! Well done!

I wy watched little bits here and there. We did a lot of Jubilee parties admittedly and they were all excellent. Glad you had a good time too! :-)

BTW NB...I think you put a comment elsewhere on my blog which I haven't got back to.......Am still running around like a headless chicken but all comments very much appreciated. As ever! :-)

Sorry - been away from blog so long. Book this autumn!

We thought of you the other day when we went to see the Roman Villa near Cirencester - fabulous mosaics. Even Dylan enjoyed it.

Do you mean Chedworth Villa? It is fabulous and we met some really wonderful people there. Sadly we went when they were renovating/conserving the mosaics so we must go back again some time.

We did see the museum in Cirencester and it is fab,fab,fab. Some great mosaics there too! Hadriana :-)