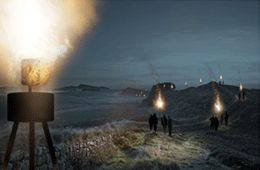 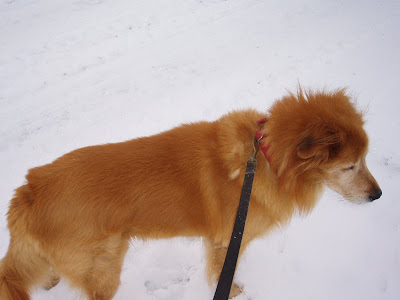 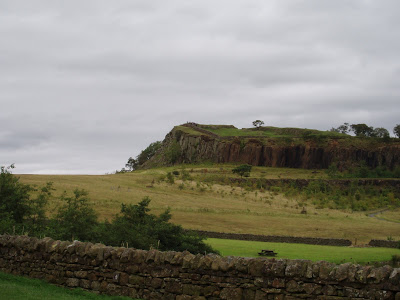 We often go to Walltown, which is just up the road, to walk our dog.

At Walltown, in days of yore, the quarrying blasted away a fair bit of Hadrian's Wall. (That was back in the days when they could do that!)

The rock (the whinstone and so on) was used for the building of many roads including the M6 and A69. When they were finished they made it into a nature park and it became part of the Northumberland National Park. It is a very attractive spot now with nature walks, a lake and ducks. There is also a cafe there which sells souvenirs of the Wall and area. It is also a very welcome spot for walkers, cyclists, day, weekend trippers, families and dog walkers of the Wall to get a cuppa and a biccie.

I went to a day long conference on Friday held by Hadrian's Wall Heritage Ltd. which organised my training at Vindolanda and The Roman Army Museum. You may have heard that there is a plan to light up the whole wall (as perhaps the Roman Army would have done) - all 84 miles of it. Its website can be found here. The whole event will be held on March 13th - Saturday - this year. Mercifully NOT on the Ides of March (the 15th)! Weather permitting..the sight should be stunning. They are planning to fly a plane along the entire length of it to capture it on film. There are also two big events to be held in Carlisle and at Wallsend (Segedunum).

I have volunteered to help up at Walltown Crags so you never know...I could be up there on the night!
Scribbled by Hadriana's Treasures at 10:59

You have some wonderful walks where you are and I would love to see all the beauty of such places....... steeped in history. Humans have a lot to answer for in their destructive periods, don't you think?

Did you see this article:

I posted a comment earlier and it seems to have disappeared. Oh well. Can't remember what I said - something about looking forward to seeing the wall all lit up.

The illuminated wall should be a stunning sight - I'll look out for news coverage of it. Ax

Such a stunning part of the country; Northumberland National Park is a vast area isn't it. I didn't realise how big it was until I moved up here.

Snoopy would love it. Beats walking the same path round our local park every day.

Yes, Maggie, we humans have to answer for a lot..don't we? - in our destructive and constructive phases...

Dumdad: thank you for the article mention. I have indeed did look at it and I thought I would reproduce a bit of it here:

Since I was first taught about Hadrian's Wall, there has been a groundswell of opinion that it was less a fortification than a means of monitoring the flow of people ­between the two regions and taxing them accordingly. This is far less ­romantic a picture for children to seize on (though one Scotland might want to bear in mind once devolution has succeeded in giving them a health and education system that could grind ours into dust, and Brits start wanting to pour in without a by-your-leave) and so I ignore it. Now, I'd better pack my flaming tar-stick and get going. He did some grand work, but it's not as if Emperor H ­established a decent railway system ­before he left.
(By the way...there is something to be said about the Romans and the railway system but I'll leave that for a subject of another post.)

Thank you for that, DD, and yes...it should look great when it is all lit up. It is extremely annoying when Google manages to gobble up comments and refuses to post 'em. Well done for continuing I usually give up at that point!!

SJA, CJ and Rosiero...it is indeed a super place and we are looking forward to that night. I know what you mean, Rosiero, about dog walks...luckily we do have a fair few up here from which to choose!

I love that first photo, I bet its a gorgeous site when its all lit up.

Thank you, Gill. It should look magnificent. They are planning to put a light/beacon/fire every few yards so it should look amazing! Can't wait to see it...