A tribute to Jim Blance by his former pupil, Mark Hughes 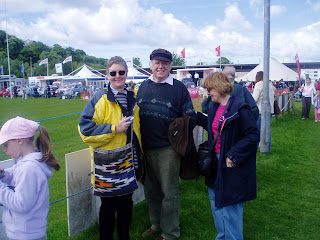 Jim Blance was my housemaster for a year at a boarding wing of Haydon Bridge school and subsequently my A-level economics teacher. He was much more than merely the best teacher I ever encountered; he was inspirational in how he opened minds, prised them open gently twice a week, the preconceptions of young minds evaporating all around him as he danced us through his latest twisting, turning route of discovery. You’d come out of those lessons reeling with the possibilities the world suddenly seemed to offer.
Economics was just the tool he’d assigned himself, but it could have been anything; the subject matter wasn’t the most important bit, rather the way the mind was applied, the rigour of the questions it posed. He teased these out of you, challenged you to tell him the way forward, applied that rigorous questioning in turn to your answers. You had to learn to be sharp but open to all possibilities. “Don’t ever accept anything, always question,” he said. “Even if I’ve said it!” he’d add, with that slightly toothy grin.
Occasionally he’d not even talk economics. He’d happily be led into sport or some other subject that piqued his interest, but even then he’d teach you something valuable from some anecdote or question.  He was, above all, interested in everyone as individuals and quite brilliant at making even the roughest of diamonds shine.
Although he was possessed of a formidable intellect in the subject matter of economics - and he foretold in 1977-78 pretty much the what would happen if Thatcher got to power and applied the policies of her economic mentor Milton Friedman, even if it took three decades for it all to play out – in reality he was a philosopher rather than an economist. It would be difficult to conceive of any other philosopher with such a gracious common touch though; he had a gift of communicating at any level of discussion without his essence altering in the slightest.
He also had a brilliant natural authority when needed, imbued with a wit that you sensed he enjoyed. An example: a group of us were playing cards one rainy lunch break. The loser of any given round would have to act out a dare that had been agreed by the group beforehand. The loser on this occasion was a character called Slim (he wasn’t), who had to march up and down the staff room corridor doing chicken impressions until a teacher came (well, we were young!). The teacher, inevitably, was Jim. “Patterson, what are you doing?” he asked, quite reasonably. “A chicken sir,” came the reply. “Then could you please take your fowl impressions elsewhere,” came the killer punch line, with a twinkle in the eye, very pleased at the double meaning of fowl (or foul). In a split-second he’d cleverly diffused a potentially tricky authority challenge with charm and humour – but no loss of face to either side. Total class.
I had imagined that when I got to university all the lecturers would be as good as him - and of course none of them came close. But it didn’t much matter because he’d instilled in us pretty much everything we needed for the future. I feel his presence to this day, not in an airy-fairy spiritual way, - I don’t presume to have known him well enough for that – but in the attitudes I found within myself thanks to his his prompting.  Where his lessons led me have little to do with economics – I followed my passion and became, eventually, an F1 journalist – but everything to do with that spirit. And the questions, always questions. And I’m never short of questions.

This wonderful tribute to Jim Blance , fabulous teacher, best friend, godfather extraordinaire (born in South Shields 17th May 1940 and died in Hexham 23rd July 2009), was written by Mark Hughes, sports F1 journalist, a former pupil at Haydon Bridge High School.
Other tributes and obituaries to Jim can be found on the sidebar of this blog.
Our most heartfelt thanks goes to Mark for generously submitting this moving piece for this day - the third anniversary of Jim's untimely death. gratias tibi agimus!  Hadriana/Catherine and family

Scribbled by Hadriana's Treasures at 09:30