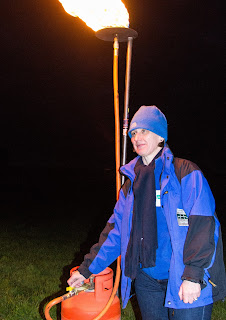 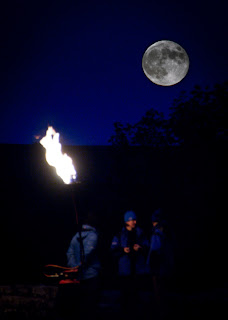 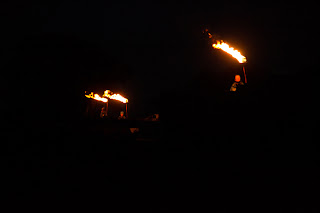 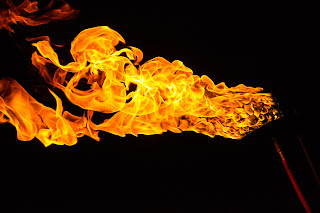 Many thanks to local photographer, Tracey Walker, for this photo and the following ones from Birdoswald - Diamond Jubilee Beacons. You can learn more about Tracey at her website: www.traceywalker.co.uk
I blogged about the beacons earlier here.

I know I have been quiet blogwise of late but I have been pretty busy.
I've emptied our other house single handedly...we had tenants and then we had cash buyers and then we didn't and now we may have tenants again.

There have been other things going on in the background which are slowly coming to fruition (businesswise). Our B&B Season has been good but a little down on last year but that it a common story across the county. Overall Northumberland has fared well as a holiday destination this year despite the weather! I haven't been able to get our second business "Hands-on-Latin" as fully up and running as I wanted. Largely because I have been so busy with other stuff but I am still getting fantastic feedback for it...so that is heartening too. Fingers crossed that I can manage this for 2013. Still excited by the whole idea of it!

What else has been happening?

With the local schools where I teach Minimus Latin we went to Epiacum. Elaine, the landowner, is also a Governor at one of the schools and she owns a Roman fort on her farm. We went there for a day. ArchaeologyForSchools was there and we all had a marvellous time. We learned how to make a Roman testudo or tortoise: 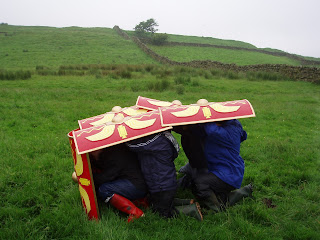 and how to be a Roman surveyor in the Roman Army: 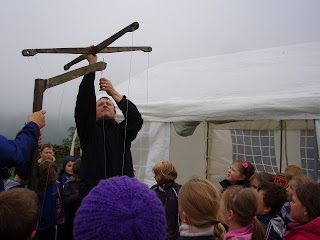 what Archaeology is all about: 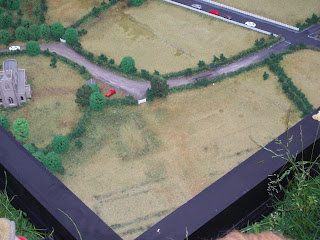 in terms of 'what's under our feet, houses, fields and roads et cetera' and... 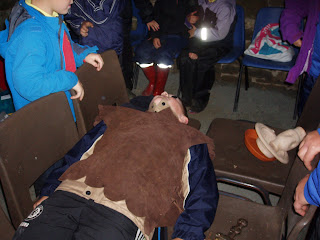 a Roman/Celtic Romance, Betrothal and Burial all acted out by the children in front of us. It was super, super fun! We even got to smell what a dead body would be like.....eheu! alas!
Epiacum has a brand new website so check it out! They've also done some fun days for children recently. We went and met a Roman soldier and did a treasure trail on the fort. We also saw some jewellery making, some coin making and some Roman thumb pellets in the making! So it is well worth keeping an eye on all their events. Even better still - become a Friend of Epiacum!

My daughter and I sometimes go to the Whistle Art Stop's art gallery and workshop based in Haltwhistle and run by talented artist, Alison Raimes. Alison is running a Connecting Light Workshop this Monday and Tuesday all day until 7pm at her new premises in the centre of Haltwhistle. Details are here.

Alison also persuaded quite a few of us to design Greek masks for the Haltwhistle Carnival where we had our own 'walking float': 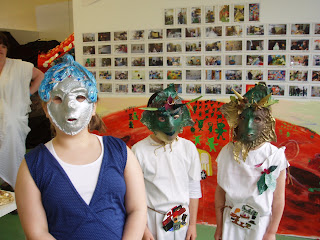 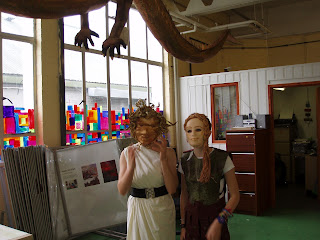 And we all had a marvellous time at Greenhead's annual duck day where, in a rare hour or so of sun, we all enjoyed the 'Five Ring Circus' team who were absolutely fabulous and had us all wanting to run away and join a circus. They were very funny to boot! 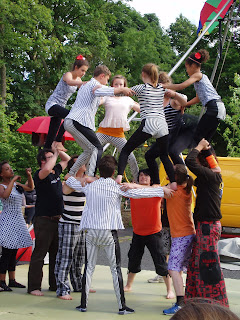 If you want to know a little more about the Roman Fort at Housesteads follow this link - A little film clip where I pop up talking about Roman loos!! In that film clip Linda Tuttiett, CEO, of Hadrian's Wall Trust, also talks about next weekend's "Connecting Light" art installation on Hadrian's Wall: August 31st and September 1st 8pm-11pm both nights:

Connecting Light is a digital art installation along Hadrian’s Wall World Heritage Site.
The installation consists of hundreds of large-scale, light-filled balloons transmitting colors from one-to-another, creating a communication network spanning over seventy miles.
Learn more
400 balloons will be interspersed along the length of Hadrian's Wall. As messages are sent to the balloons they will change colour and pulsate according to the rhythm of the text sent.
There will be viewing stations/points at:
Segedunum/Wallsend
Newcastle Castle Keep
Vallum
Errington Arms
Brocolitia
Housesteads car park and museum
Steel Rigg/  Once Brewed/Twice Brewed
Walltown
Birdoswald (8pm-10pm)
Walby Farm Park
Carlisle Castle
All the text in bold means that these points will be viewing and interactivity points.
Why not send a text now? They are being stored to show on these nights as well as texts/messages sent on the night itself. You can send a message in via the connectinglight.info website and you can choose a colour for your message if you have an android or i-phone. You can send your message in any language. The message will travel along Hadrian's Wall via these balloons.
That's about it for now! Phew! Looking forward to next weekend when I will be a 'techie' volunteer.
valete! Bye for now! Hadriana :-)

Scribbled by Hadriana's Treasures at 15:28

I wonder you have time to breathe, let alone set up a new business!

We made a testudo in junior school (years ago in the dark ages)among other projects intended to bring history to life.
I am still grateful to that teacher for as lifelong love of history and literature.

Lovely to hear from you. Yes - one of my classes made a testudo at school from cardboard boxes that happened to be lying around. Massive fun.

Your teacher sounds/sounded like good fun too. Must admit that Arch4Schools did wonders for us adults too. Huge enjoyment all round but also a good learning tool is laughter.

Hope you are well & will catch up with you soon. Plus concentrate on the Reivers! Cxx xx

My english is a bit all over the place as I am writing & rushing at same time... ;-)

You have been busy! (I've not been over to your blog for a while as I've been otherwise engaged - damn hip!)

That's OK - othersideofparis - I've totally, utterly rubbish at visiting everyone's blogs and commenting. Got a huge guilt complex about it. But hope to rectify all of that one day.
In the meantime best of luck with the hip repair! :-)C/H

Also got a guilt complex about my rubbish English at the mo...but serves me right for being too busy I guess!!! ;-)

Glad you're still there and faring well. Was in mid wales this weekend - washout, and such a pity we thought for all the festival, fete organisers - wonder how many have had to be cancelled this year.

Thanks The Bike Shed!

Same here as regards shows...Gilsland Show was cancelled due to the inclement weather. Fingers crossed it is all back to normal for next year!

Hadriana (Back to School Time) :-)

Many thanks kentuckyboyblog for passing by. Much appreciated!
Sorry for the late reply. Long story...but I got here in the end. :-) gratias! Hadriana :-)