Merry Christmas and a Happy and Peaceful 2013!

We were very lucky to have a former Latin teacher and her family stay with us this Summer at Four Wynds and she recently sent us this link which features here on the blog of The Classical Assocation It is so fab-u-lous (as Craig off 'Strictly Come Dancing' would say) then I thought I would reproduce it here below...

We've had a good year B&B wise and we're hopeful that 2013 will bring joyful things. The last few years have been a bit of a hard slog but we are slowly getting our Four Wynds Guest House established. Hands-on-Latin will be fully up and running too! We hope that you've had a good year too during 2012.

Many thanks for following this blog and via Twitter too. Wishing all of you the very best this Christmas and a very happy and peaceful New Year 2013! Lots of love from us xx xx

Percy has been out and about again…

In October 2012, Percy Bear walked along Hadrian’s Wall, from Bowness on Solway to Wallsend. 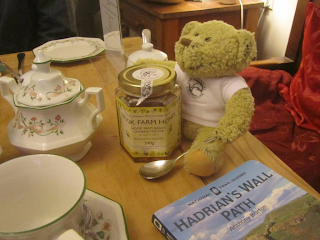 Percy fortifies himself for the day ahead with breakfast at Four Wynds, Nigel Jarvis’ very well-situated B&B at Longbyre, near Greenhead. 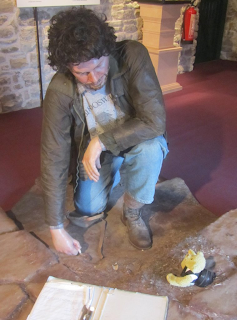 He was interested to meet Tony Wilmott, recently hailed as ‘archaeologist of the year’, at Birdoswald. Percy heard how parts of the site have suffered from erosion and the Roman cemetery is poised precariously above the river Irthing. 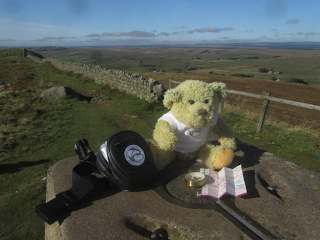 The highest point on the walk – Percy checks his bearings (sorry!) on Green Slack summit. 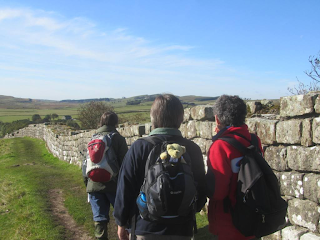 Although it was very muddy underfoot, Percy didn’t find the going too arduous. 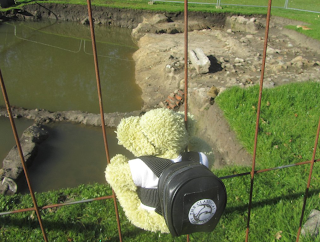 He visited all the major sites and at Vindolanda he was able to see for himself how difficult conditions have been for archaeologists this year. 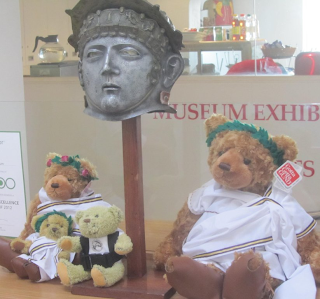 He was surprised to come across some imperial bears at Carvoran, and seized the chance to have his photo taken in such illustrious company. 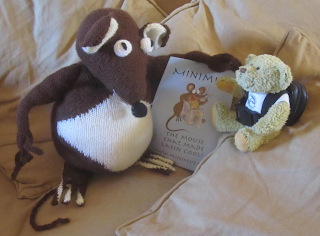 Percy was thrilled when Catherine Jarvis introduced him to Minimus at Longbyre (though Percy did wonder if Minimus should perhaps have been called Maximus!). 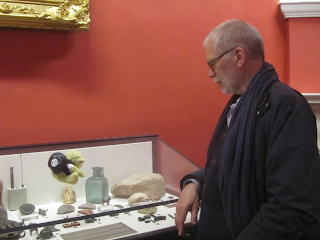 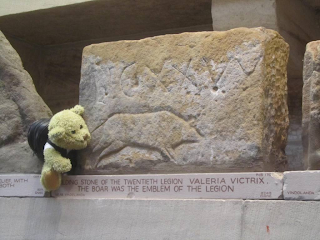 …and living near Chester himself, Percy was interested to see the boar, the emblem of the twentieth legion which was stationed there. 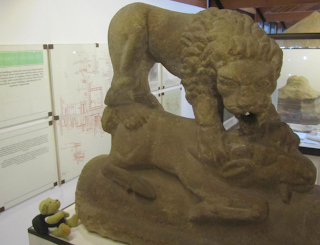 The Corbridge lion might have been a bit scary…. 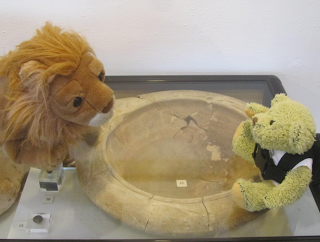 ....but Grrricola, the Corbridge museum guide, was very friendly and showed our bear round. 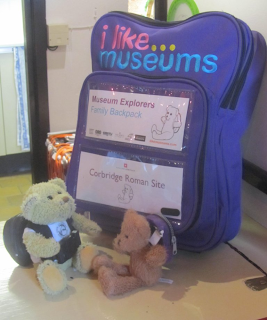 There was another bear with a back-pack, too – Ed, a representative of Tyne and Wear Museums – who showed Percy his museum pack, full of interesting things to do – a brilliant idea for visiting families. 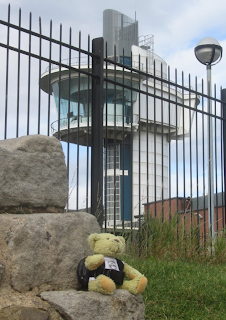 Percy felt a real sense of achievement on reaching Wallsend. 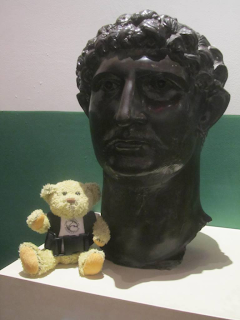 He was pleased that Hadrian had had the wall built and that the Path was there for an adventurous bear to follow. 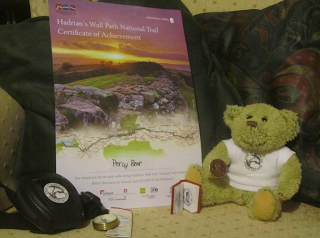 The Secretary would like to thank Frances Culver (whom the Secretary suspects did the actual walking…) for such a fabulous travelogue!
Scribbled by Hadriana's Treasures at 18:48

Merry Christmas and all the best for 2013 to you too, Hadriana x

Have a great time!

Merry Christmas to you, ADDY, and your family! Have a good one! C/Hxx

Wishing you and yours a very Merry Christmas Hadriana and a Peaceful and Prosperous New year. A x

Many thanks, Suburbia and Strawberry Jam Anne! Hope you doing really well too. Lovely to hear from you and thanks for stopping by. Hope you are having a fab festive season! C/H xx

Doing a quick round of all my blogging friends to wish you a very happy and successful new year.

Many thanks, Mark, and the same to you and yours! All the best Catherine