Communication in the Roman World: What did the Romans ever do for us? Talk

I gave a talk for Hadrian's Wall Community Champions all about communication (and how efficient it was) along Hadrian's Wall/Roman Empire in Hexham last Thursday. It was great fun! It was an incredibly hot day but we (over 20 of us) survived the heat as we all had lots of water (and signals and water clocks) to hand... 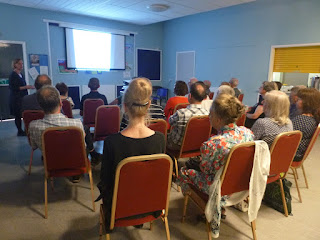 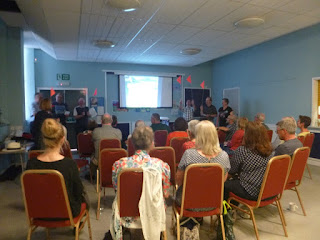 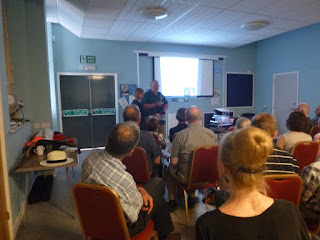 The talk was all about what the Romans used for communication. We looked at the Roman road system and the cursus publicus (the Imperial postal system). We looked at signalling methods: an ancient historian, Polybius, described this method to us. In the second photo above you can see that we are trying out that signalling system (which used five flags or torches). 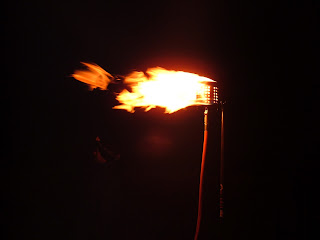 We signalled a word to the audience using the orange flags on sticks. That word turned out to be 'LATRINA' or toilet/loo! Aptly signalling the short break or intermission in my talk.

If you want to see more on this...check out this short clip: from 'What the Romans did for us' with Adam Hart-Davis...(Edge of Empire Part II)
This short clip also looks at the Vindolanda tablets including the famous birthday party invitation from Claudia Severa to Sulpicia Lepidina. This is the first example of a woman's handwriting in the Roman world.


I talked about wooden tablets (Vindolanda and the recent cache of those at London), wax tablets, inscriptions, verbal messages, visual messages sent via people, flags, torches, smoke, water clocks (covered by Adam Hart-Davis in his series), signal towers and so forth.

An excellent book which looks at Roman signalling is that of D. Woolliscroft: Roman Military Signalling (published by the History Press).

We also looked at levels of literacy in the Roman World and how all these fascinating ways of communication came to be passed to us down into our languages of today.

I pointed out that one of my favourite words from one of the Vindolanda tablets (Masclus asking for more beer) is the Celtic word 'cervesa'
which very definitely comes down to us into the Spanish language and goes out to the world: cerveza (with its different pronunciations). 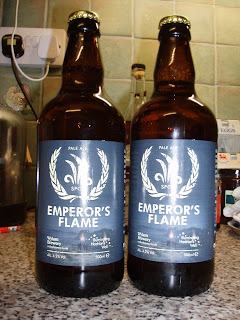 Naturally the conclusion of my talk was that via their very effective communication methods we bought in to the Roman 'brand'. We are influenced by the Romans in countless ways...e.g.: over 50% of our English language has Latin roots (via 2 different routes); over 90% of Spanish, French, Italian and Portuguese (the Romance languages) have Latin roots; culture; art; theatre; medicine; law; astronomy; music; horticulture; religion; language et cetera; all of which the Romans left to us as a legacy.

So to address a very familiar question:'What have the Romans ever done for us?'....just about everything...without us even really being aware of it....!! How's that for efficient communication!

Scribbled by Hadriana's Treasures at 20:25