Er. Em. Where do I start? Time for a Celebration. Methinks. 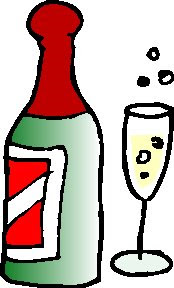 Not sure where to start as so much has been going on!

I'm over the moon that I have been accepted to be on a course which means I am studying to be a voluntary guide at Vindolanda and The Roman Army Museum. There was fierce competition to get on the course which is being arranged and funded by Hadrian's Wall Heritage Ltd. and The Heritage Lottery Fund. There are 20 of us and we have been assigned different sites on Hadrian's Wall to cover. In total there will be six main sites: Arbeia (South Shields) and Segedunum (Wallsend) in the East; Vindolanda and The Roman Army Museum (Roman name: Magna and also known as Carvoran) in the Centre and Senhouse Museum (Maryport) plus Hardnott Fort (Ravenglass) in the West.

I'll tell you more about all of this as time goes by. We have day training courses to attend and the qualifying exams, to be a level 2 Guide with The Institute of Tourist Guiding, are at the end of June/beginning of July. I'm panicking a bit but I'm sure I'll get there in the end. (We were at Segedunum yesterday and I had to pretend to be a guide for 10 minutes...it was very enjoyable plus nerve wracking at the same time!) I am SO chuffed that I have got to be in the Central Cluster I absolutely adore what they are doing at Vindolanda. There are continuous archaeological digs there throughout the Summer. They are constantly finding something new. To be near the famous Vindolanda Tablets (look at their website and The British Museum website for further information) is just out of this world!!

Once I qualify as a guide I'll be guiding there this Summer, next Easter and Summer. Can't wait.

We have also been attending short courses again run by Hadrian's Wall Heritage Ltd. on the history, archaeology and geology of The Wall and these have been fascinating. I always wondered why the sandstone in the West was red and it is all down to the fact that that bit of Britain used to be on the same latitude as the Sahara desert millions of years ago. Lanercost Priory is a good example of the red sandstone seen across in Cumbria.

Our website for our B&B is up and running. It is still a work in progress but at least we have got it going. Hurrah! Bookings are good and steady. My husband has been described as "a legend" by a big group of Kiwis and Aussies who stayed with us over Easter weekend. They even bought us some wine before they left. It's super when we get feedback like that.

Perhaps foolishly, I have put my name down to run in The Great North Run on September 20th. My training has yet to officially start. Although I have been out for a couple of jogs and done some swimming. I could come to regret this! I'm running on behalf of RNLI (Royal National Lifeboat Institution). It's a cause that's close to my heart as they exist solely on public donations and they do fabulous work saving lives at sea. I've set up a page at Just Giving if you fancy taking a look or making a donation.....

Oh yes...little Hadriana's school would like me to do a talk about The Vindolanda Tablets and Minimus soon.

The local town have twinned with a town in the Lazio area of Italy. I helped with some Italian visitors when they were over just before Easter. We walked the Wall between Housesteads and Steel Rigg. I walked past the famous "Robin Hood" tree at Sycamore Gap at long last....It was a good chance for me to practise my Italian but, to be honest, their English was absolutely fine. They were very friendly and I'm hoping that one day we'll get over there to see them again. The day they arrived was the same day as the earthquake in L'Aquila. As they are not far from there it was a worry that they might have been affected but as luck would have it...No! I still think of the survivors and hope the world hasn't forgotten them. We, personally, might have some tough times but I cannot imagine what things must be like when your world literally caves in. Unbelievable. It makes me count my blessings.

I am neglecting my fellow bloggers of late but promise to make it up to you all at some point. Thanks for leaving all your messages of support and encouragement. What a great bunch you all are!
Scribbled by Hadriana's Treasures at 09:25

That is excellent news and well done!
All the best with the guiding and all the studying that it entails.
Running too and the B&B. Now wonder you haven't time to blog..... but so worthwhile, I think! Good for you.

Wow. Great news all round. Your passion for Latin and the Romans shines through and I am sure you will be a fabulous guide at Vindolanda. We visited there about 8 years ago and I can still picture it. So glad the B&B is a success. A lovely part of the UK to be in. I can recommend it. You have certainly taken a lot on in the next few months. I wish you lots of energy to make all the projects a success!

My goodness, what a lot of news! And all of it so good. Hearty congratulations, Hadriana!

I am so excited for you! It sounds like all is moving in a positive direction! How exciting!

Wow, what happy news you share with us. So busy and so positive, I'm sure it will continue.

Super well done - all this and moving house. Sit yourself down with a glass of something nice and congratulate yourself, you so deserve it.

Huggles and much care, Mickle and Zebbycat

Crikey, you have been busy. Congrats on your Wall gig. Sounds fascinating.

C I am so proud of you - you really sound like everything is under control at the moment and your mood is one of optimistic happiness.

I'm also very happy to be your first sponsor - come on now, why are you reading this - go out and run (and I'll now go and weed the front garden in support

Life never slows down for you, does it?!

Good luck with the run (no slowing down there, either).

Gosh you've done so much! Congrats on enrolling on your course.

So does that make Hadrian's Wall your garden wall (nearly?).

Phew quite exhausting to read how much you've been doing...well done. And good luck with the Great Northern run...let us know for sponsorship

Thank you all for your comments. FF..you are a star...THANK YOU!! Will be back soon shortly. Just popping out.

Well done - sounds as if all is going well. I'll come and stay if we're ever in Hadrian's wall country!

Phew - a busy time indeed and all good news. So pleased for you Hadriana - enjoy it all. A x

Wonderful news! - and good on you for doing the course - me too. A different one. Obviously.

Such wonderful news darling...but then I always knew that you were going to go to the top, didn't I tell you so?
hugs
Sandi

and no thermal underwear under your English Heritage stola Mrs H; Damart certainly wasn't around in roman times, even if it's less cerain about some of the folk who buy it

Great to hear all your news. Sounds like things are really going your way! How lovely to have a legend for a husband. Hope it hasn't gone to his head too much. TTx

Fabulous for you, I know the area, not well but I have been through and stopped at Housesteads a few times. It all sounds very exciting.

Good God woman! Don't you have two young children and a B&B to run! How can you do all this TOO!! With hubby away here and there. I'm flabbergasted for you!! and bone tired too...