A Very Merry Christmas to You All! 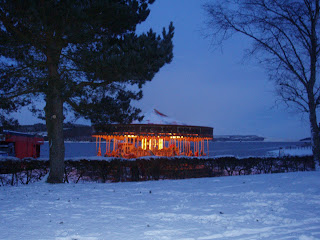 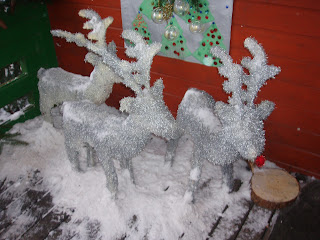 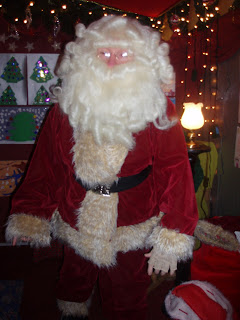 I had hoped to visit some blogs over the past few days but we have been without LP (liquified petroleum) Gas since the start of Wednesday. We've just had a delivery this morning but we cannot get the gas to feed from the tank to the boiler. It is several degrees below freezing. Long love the Calor Gas Engineer! May he/she arrive quickly and sort all of this out! (Perhaps luckily we are going to my parents tomorrow for Christmas lunch. My two sisters will be there, brother-in-law, niece and grandfather. Central heating as a Christmas present - yeah!)


So from here I am wishing you all an extremely very merry Christmas and a super duper 2011!

In the last couple of days these things caught my eye and I wanted to share them:

1. A wonderful poem which is well worth reading


Stopping by Woods on a Snowy Evening by Robert Frost


" 'It was a heck of an experience, man, but I learnt a lot from it. One thing: material things don't really matter. Life isn't about whatever you have accumulated up until that point.' (He lost everything in the attack on the twin towers in New York in 2001. He and his wife had an apartment near the World Trade Center and he was alone there when the planes hit. He lost everything - treasured records, his piano, his clothes, mementos. All destroyed by the toxic dust. He was there alone (Lucille was upstate) when the planes hit, and spent the following night without power.)

The other story he tells about that awful time is revealing. 'The next day there were buses to evacuate people. But when I got to one, and the guy there said there was no more room, immediately I began to think, they don't want me on the bus because I'm black - which wasn't the case actually. Then I saw three elderly Italian ladies who lived in the building, just sitting waiting very peacefully amid all this hubbub. Not complaining, not panicking; I felt ashamed of myself for getting so uptight. So that was another little lesson.'

I made a remark a bass player friend of mine once made about another great tenor player, Ben Webster: that he didn't just play a certain tune, he played his whole life. 'That's it, man!' Rollins exclaims. 'You've got to keep it pure. The worst thing in the world to me is to play by rote. You should feel it, you have to play from the inside. That's real jazz!'"

That last paragraph really sums it all up for me.
Sometimes I wonder what we are doing here in the frozen North...balancing finances, houses, boiler systems, the B&B, children and goodness knows what else. But deep, deep, deep down  (even under all the duvets) I know we are here for a reason. We keep it pure, deep and crisp and even.


Have a good one!

[P.S.: 2.45pm. Engineer has fixed things. Calor Gas have been good-ish. Staff have tried to do what they can do but a certain letter will go out to the bosses. Our old tank should have been replaced in the Summer as the same thing happened last Winter. Grrrr!!!! Never mind for now...it's Ding Dong Merrily on High!!!!!]
Scribbled by Hadriana's Treasures at 12:00

Wanted to wish you and your family a very Merry Christmas and hope you get the gas situation sorted out sooner than later.

We thought we would be in the same fix last week, as we were running low on oil and it wouldn't stop bloody well snowing, so that truck could come and deliver. All is well now, and we have a full tank!!

Gill in a cold and snowy Canada

Thank you, Gill, glad you are sorted out! Engineer is due at 2.30pm and my fingers and toes are all crossed that it will be fixed. I'm sure it will.

Thank you for your super Christmas message. Wishing you all the best!

Have a lovely (warm) Christmas and gan canny on them roads.

Have a very good Christmas and I hope that the gas problem is soon started.
I wish you a warm Christmas.
Maggie X

Thank you for the contributions from Mr Frost and Mr Rollins.
Hope you have a bit of heating tomorrow. Merry Christmas.

A very merry Christmas to you and your family Catherine...fingers crossed for a successful visit from the Calor gas man/woman too!
Julie x

So glad the gasman made it...not like the Flanders and Swann one, luckily!

Have a super time over Christmas and the New Year!

Merry CHristmas to you too.

It's been a while since I popped in, but it's been lovely catching up,. Merry Christmas and a Very Happy New Year.

What a great post for Christmas - loved the Sonny Rollins bit; and bot can he play!

Have a great time, and here's to great blogging next year

There are times when I wish this blog had a live camera stream...it could not be more Christmassy. It's snowing heavily outside. A very Christmas to you one and all! Catherine/Hadriana and all the Jarvis Family xx xx

P.S.: And a very happy and peaceful Christmas to everyone who is reading!

P.S.: All is well with the central heating system now and we are warm & toasty. :) Thank you for all your good wishes!

I'm still enjoying the snow, although it is a pain at times but makes everything so Christmassy.

Nice to hear you're all toasty warm again.

Must arrange a Northumbrian coffee meet up next year!

We had a good Christmas. Great lunch and now back to reality with a bump. The children are happy with their presents and are quietly playing with them now. Hope you had a lovely Christmas and weren't too affected by the snow.

It is wonderful and Christmassy but I must admit I am starting to get cabin fever now. Luckily a bit of a thaw is starting tomorrow although how long it will last...is anybody's guess....

It would be great to meet up for a coffee sometime. I'd be up for that. In the meantime have a felix New Year. :)

Hiya Catherine/Hadriana! A very belated but hearty Merry Christmas to you & yours. Hope it was a wonderful day. Sorry for dropping out of the Vindo world for a while. The marine pollution activist in me has grabbed hold but good. But I was thinking about you, and am now catching up on your posts -- looks like it's not been dull! The Robert Frost poem also caught my eye. I usually don't get caught up by poetry, but there's something so grittily honest & pure about his words -- he's leaps & bounds my favorite poet. Stopping by Woods is wonderful; have you read "Mending Wall," "After Apple Picking," and "The Tuft of Flowers"? All gems, to me anyway.

Hope you have a wonderful new year. I'll be diving back into WeDig early in '11 to prep it for the new season. Lots to do!

Great to hear from you! You have been busy. Will pop across very shortly. Robert Frost is a new one for me so will follow up your suggestions with maximum interest.

I must get across to WeDig myself to see it all before you change it. Am really looking forward to doing some digging myself at Vindolanda.

Hope you had a super Christmas! Wishing you well in 2011 with all your various activities and a very happy year to you and yours. :)